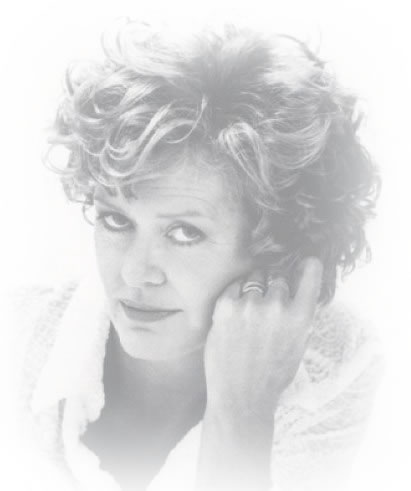 Patricia Quinn was born in Belfast, Northern Ireland, May 28th 1944.
She grew up on the Ballygomartin Road in west Belfast with her mother Rebecca, father James Connolly Quinn (an infamous Belfast bookmaker) and her siblings; an older brother and a younger sister. (And yes it is true – Patricia’s nephew is Snow Patrol’s drummer, Jonny Quinn – of whom she is immensely proud.)

Pat attended the Princess Gardens Grammar School, where she developed an early talent for acting. Following stints at Belfast’s Arts Theatre and British Drama League, she left for London aged just 17, and in 1969 she trained at the Drama Centre while similtaneously working as a blackjack-dealing Bunny Girl at Mayfair’s Playboy Club. By 1971 she was in repertory for six months with the Glasgow Citizen’s Theatre. One of her earliest roles was in Heathcote Williams’ play, “AC/DC” for the Royal Court Theatre, which won an award for Best Play of the Year.  She went on to star in several theatrical productions (including Sarah B. Divine) and was just beginning to break into television by 1973, when she was offered the dual role of the Usherette/Magenta in Richard O’Brien’s Rocky Horror Show.

Patricia opened the very first performance of The Rocky Horror Show with the song ‘Science Fiction Double Feature’ on the 16th of June, 1973, at The Theatre Upstairs (Royal Court) in London. The show rapidly become a massive success and moved to bigger theatres (the Chelsea Classic and the Kings Road Theatre respectively). However, as an ambitious, multi-talented young actress, Patricia was keen to move on to other roles and the BBC’s ‘Shoulder to Shoulder’ series, in which Patricia gave a dynamic performance as Christabel Pankhurst, followed in 1974. This was the perfect showcase for Patricia and exposed her to her widest audience yet. This was followed by her portrayal of Elizabeth Siddal in The Love School, a six-part series about the Pre-Raphaelites in which she starred alongside Ben Kingsley.

The film version of the Rocky Horror Show followed in 1975. Patricia stepped back into the role of Magenta, and a screen icon was born. Patricia lost her opening song – Science Fiction, Double Feature – to Richard O’Brien. Although he sang it, the infamous glossy red lips at the beginning of The Rocky Horror Picture Show most definitely belong to Pat! The film wasn’t an instant success but gradually began to acquire a world-wide cult following which today is stronger and bigger than ever. Patricia enjoys the phenomenon surrounding the film and attends Rocky Horror conventions around the world.

Patricia continued to work tirelessly after Rocky and went on to star in countless productions alongside some of the biggest names in entertainment, becoming a household name with her unique and versatile style. Her resumé is an enviable list of notable performances in film, theatre and some of the most popular and iconic television shows – including Doctor Who, Minder, I, Claudius, The Professionals, Bergerac and Tales of the Unexpected. With her distinctive voice, inimitable presence and effortless scene-stealing ability, there is only one Patricia Quinn. She is witty, charming and gracious to her fans, who hope that there is much more to come from this unique and beautiful lady.

This is Patricia Quinn… She’s a phenomenon.